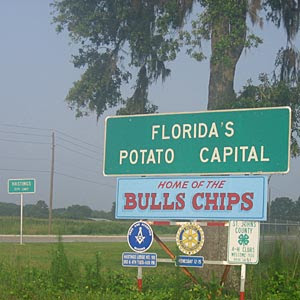 For the most part, the workers are U.S. citizens, and many are homeless African-American men recruited from shelters and soup kitchens. Lured by promises of work, they hop into vans, only to find themselves in fenced farm camps, forced into debt by their bosses and sometimes paid with drugs instead of money."

Listen to the report. This is twenty-first century America, for goodness sake!! Shut these places down!!
Filed in: politics news business
Posted at 12:13 PM by John.

Archive
Recent Posts
The Potter Buzz
About Damn Time
Too wired...
Podcasting is so last week....
Drop-Down List for Categories?
One rusty step for man...
Pulling together a Podcast
Litigated Literature?
Theme-Park Theology
Getting Things Done...


Blogs marked ~New updated within the past 6 hours.

This work is licensed under a Creative Commons Attribution-NonCommercial-ShareAlike 2.5 License. The Template is generated via PsycHo and is Licensed.